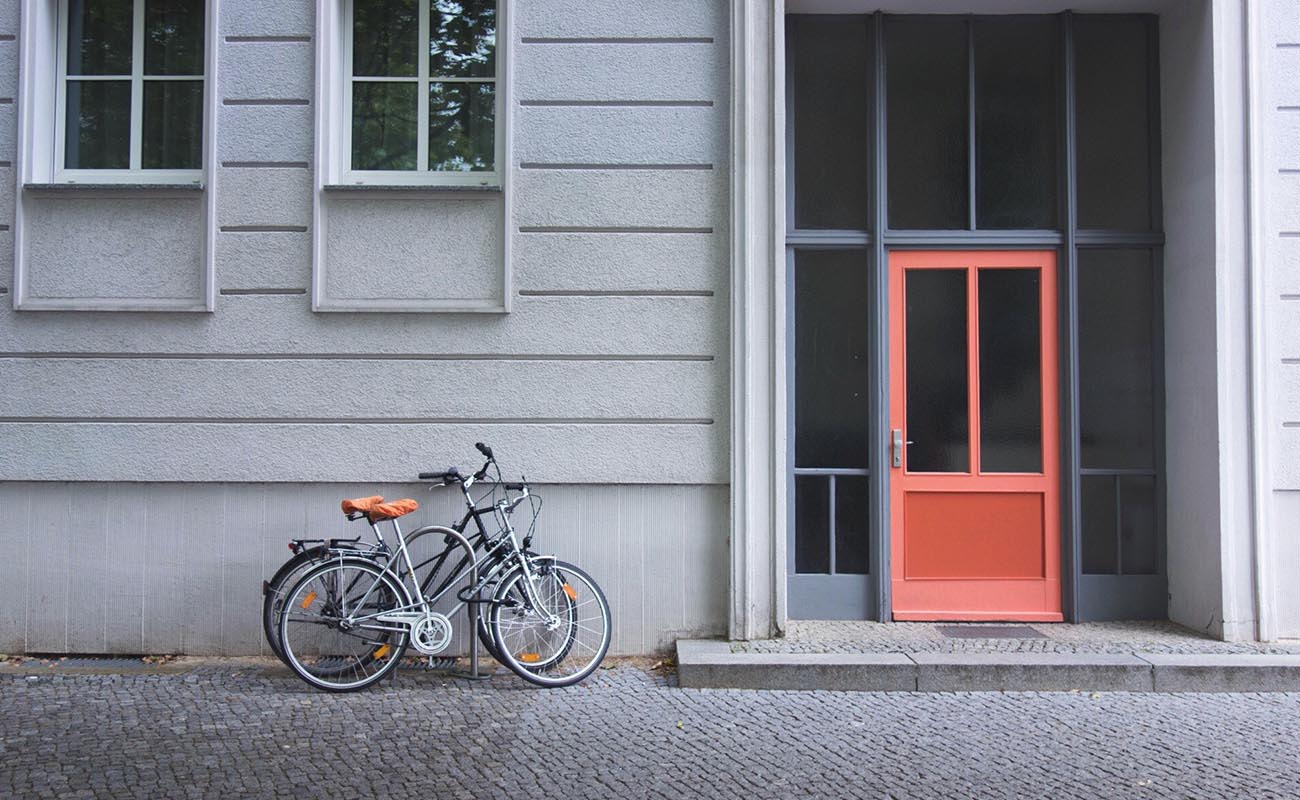 1700 Miles of Bliss and Brutality

What a great ride! It was beautiful and it was painful. Some of the road surfaces were so rough, I started having pain at the base of my skull from the vibration. My head felt like my brain was dropped into a blender and my arms like I'd been using a jack hammer all day. That’s when I got off the bike and walked. Call me a wimp or a pansy but, “she who hops off and walks a ways, lives to cycle a few more days”. I made that up, just now! But it was either that or throw my bike off a cliff, into a deep canyon or leave it in an arroyo. It was frustrating at times with days when I couldn’t seem to cover more than about three miles an hour. I blame it on the bike. A rigid, steel frame touring bike with 26” wheels. Call me old fashioned or old school, or just a knuckle head. Next time, I’ll find one of those new-fangled bikes with huge, big fat tires that roll over everything like a Sherman tank.
Baja California is one of the most beautiful places I have ever had the privilege of visiting. Traveling through the landscape on a bicycle brings it so much closer. One experiences the geography and topography in ways one can’t in a car or bus. It feels like more than just seeing and hearing. We used to be part of the landscape. Not just onlookers. We had our own animal instinct that we relied on to survive everything that nature threw at us. Our relationship to nature is still sensual. Being in the desert is as carnal as it is mystical. The ride through the deserts of Baja was as stunning and rewarding. Parts of it were grueling. But sitting here at a computer makes it tough to bring into memory the difficulties. What’s the saying? “Adventure is suffering in hindsight”. There were times when it plain sucked to be riding a bike out there. The images and reflections that come to mind are so much more of the beauty, the deep quiet and the people.
The quiet in the desert is profound. It has depth. Can silence be three dimensional? There is something about the ecology of rocks, scrub brush and the beautiful Cardon cactus that swallowed sound. It disappeared, absorbed into the landscape. Much the same as the muffled quiet of a deep wood in new snow. It’s like music, soothing and relaxing. Our world is so noisy. The combustion engine, the single most destructive force on the planet creates much of it. Traffic feels hostile because it is. For many reasons. But consider sound. The average conversation is about 60 decibels. The World Health Organization states that sounds above 70 decibels can cause damage to one’s hearing. A passing diesel truck registers about 85 decibels. Cycling along busy highways for extended periods of time exposes us to a constant clamor of between 120 and 140 decibels. It. hurts. my. ears. I wear earplugs when I ride or walk along busy roads and streets. Nothing matches the level of non-sound in the desert. I do however, notice a buzz, faint but distinct. I’ve heard others describe this too. There is a hum in the stillness found only in the farthest reaches from civilization. Could be the blood moving in my brain, or sciatic fluid sloshing around. Could be the vibration of the universe, the ohm that mystics talk about. I’m going with the latter explanation… If I shut up and listen, I can hear infinite space. How cool is that?

The ecology of the desert is a hundred or more million years in the making. The balance is perfect. Though I’ll never live to see it, change at the molecular and genetic level is happening all the time. In a million years, this desert will be completely different. Maybe that’s the hum. Evolution in process. There are 1200 species of cactus and all of them native to the Americas. The Cardon cactus ubiquitous in Baja is the largest, reaching upwards of 60 feet. Also known as the “elephant” cactus. The lower portions of the wood trunks sag like the wrinkled heavy skin of elephants. A Cardon often has branches as wide as the trunk and this cactus is known to weigh in at 25 tons. That could explain the appearance of the bark at the base of the trunk to look “elephant” like. It looks to me like the trunk is bearing the weight of the world. It was millions of years in the making, rooted in rock like bone. It stands like a sentinel, guardian of the silence. I love it! There is no other place on Earth where these cactus grow.

Cycling the first few hundred miles in the north weren’t too bad.

BEING in the desert, sleeping under the stars in all that tranquility will always be great! But GETTING there is another story. Cycling the first few hundred miles in the north weren’t too bad. I’d never done this (bike-packing) before. I was using navigation technology beyond a map and compass for the first time. I made my living out of hiking in the deserts of the American south west for years using only a map and compass. I never found myself “lost”. I put great stock in the adage, “to avoid getting lost, it is important to stay found”. That means knowing where you are at any given moment.

I was in Mexico and the consequences of getting lost seemed serious. But in the end it turned out not to be so. The Baja Divide route that I programmed into my GPS and smart phone became a jumping off point from which to travel outward. I didn’t stick to the route a hundred percent of the time. I picked my way down through Baja but stuck primarily to back roads in rural areas. Easy to do since 86% of the population lives in the urban areas. This route helped me gain some confidence that I could really travel off the beaten path. The biggest issue and always at the forefront of my mind was water. Where can I find water? I travel with a water almost all the time. My Sawyer mini is light and small. Why NOT carry one? As a solo cyclist I proceed with intention and care. It’s impossible to think of all the hazards and ten thousand variables. Not having to think about drinking poopy cow pond water wasn’t going to be one of them. Even if the water tasted like poo, it was relatively safe to drink. Risk is subjective and since I’m anxious in temperament I err on the side of caution.

vamtam-theme-circle-post
Category Bike
It is called the Cycle Touring Festival and I had the pleasure of going this year.
Tags electric, Expedition
READ MORE

How to get back on that bikeBicycle Touring Local Leaders